The Australian gaming industry has been able to evolve over the years as gaming continues to be a very popular pastime and form of entertainment for many in the country.

According to figures, it has been found that 91% of the country’s households have at least one gaming device, while 42% of those over the age of 65 regularly continue to play their favorite video games whenever they get an opportunity to do so. Furthermore, figures have also revealed that almost half of all gamers are female, with an average age of 34 being found to participate in video-gaming activities.

Indeed, it is not just traditional forms of gaming that have been on the rise, though, with it being believed that 6.8 million residents (39% of the total population) regularly participating in gambling activities, such as playing online roulette at Joe Fortune or enjoying the plethora of pokies options that have been made accessible.

Nonetheless, the fact that there are some significant numbers involved, it only helps to further highlight just how popular the gaming industry as a whole is within Australia, and some of the latest developments to have been experienced perhaps helping to signify its importance.

Recently, the Game Workers Unite union was formed which became the country’s first games industry union group. It is a new union for Australian game workers that is being powered by Professionals Australia.

It has been reported that the group – which is free to join to all gaming professionals within the industry – will represent over 18,000 members across the country, although that number is still climbing as the gaming sector continues to reach a new high as the industry continues to grow and attract new employees for a variety of roles that continue to be created.

Once the group has been able to establish itself within the marketplace, then it is claimed that it will be pushing for better working conditions, as well as trying to obtain the industry’s first enterprise agreement that will see worker entitlements laid out across certain companies. Additionally, the union will be looking to try and improve wages for those who work within the freelance job pool due to the lifestyle benefits that they may receive because of this form of working.

Unite is also looking to try and hire industry professionals to try and help give it some more control and influence within the gaming market, while also looking to provide support and legal help for employees when required. In order to do this, though, they have offered a tiered membership scheme, in which members can pay a price that will give them certain features.

As we know, the Australian gaming industry is a widely profitable one at the moment, with it having been claimed that Aussies are now spending nearly more than $4 billion, with a market analysis of the global gaming industry also revealing that the industry will experience a Compound Annual Growth Rate (CAGR) of 8.7% by 2024.

However, there have been some struggles to be experienced throughout the gaming sector. For instance, the IGEA has revealed that finding experienced game developers in Australia has become one of the biggest challenges that need to be dealt with.

Nonetheless, there are schemes and grants available that have been designed to try and help encourage growth within the industry, too. Therefore, it would not be a surprise to see a new high be hit in the coming years.

The introduction of the Game Workers Unite Union is a positive step for the Australian gaming industry and is likely to be something that will help encourage further growth in the country. As employees will feel protected, more may decide that they want to get involved in the industry in the future and help take it to the next level. 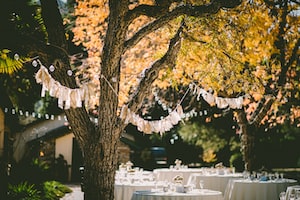 
Outdoor Entertainment: How To Throw The Perfect Garden Party


Bleach* Festival is back with an action-packed program