The state of online entertainment in Australia?

Although Australians might be known as keen outdoors-people — particularly when it comes to their fondness for spending time at the beach — this does not necessarily mean that they are slackers when it comes to enjoying other forms of entertainment.

In fact, quite the opposite is true!

Despite the excellent weather the continent is blessed with, Australians are keen consumers of all sorts of entertainment, which includes everything from digital streaming to online casinos. With regard to the future of the online entertainment industry, however, what direction is the sector taking? Are there any important trends we can identify that will shape the consumption patterns of Aussies in years to come?

Changes in the gaming sector

Although the gaming industry in Australia has previously come under scrutiny in the international press for being overly censorious — with some even characterising Australian regulators as being caught in a “moral panic” — there are a number of more positive industry changes underway.

One of these relates to the presence of females in the gaming sector, both as consumers and producers.

According to one figure, 82% of employees in the sector are male — which is particularly shocking when you consider that around half of gamers are female.

In response to this significant imbalance, we have already started to see the beginnings of a push-back against this state of affairs. As a result, female players are taking to streaming platforms, such as Twitch, as well as social media platforms more generally, to increase the presence of female voices.

Looking beyond this, we are also beginning to see much wider demand for online gaming companies to listen to these female voices, particularly as a way of making the online space safer for females to play in.

Another aspect of the Australian online entertainment sector that has come into sharp relief in recent years, relates to the legal frameworks it operates within.

The rise of technologies such as digital streaming and social media have necessitated significant legal changes as legislators desperately try and keep up with the emergence of new online technologies.

With this in mind, one of the greatest challenges the online entertainment sector in Australia faces in the coming years is designing and implementing legislative frameworks that strike a balance between promoting online safety and stifling innovation in the sector. This is particularly important not only for consumers hoping to benefit from these technological advances, but also for Australia more generally if it hopes to position itself as a tech hub in the Asia-Pacific region.

Another notable trend that looks set to continue in the coming years, which is by no means unique to Australia, is the continued prevalence of smartphones as devices through which we access online entertainment.

According to recent reporting, around 80% of Australians own a smartphone, which is the second highest level of market penetration in the world.

High levels of smartphone ownership have also been accompanied by high usage figures, with Australians now using smartphones to do everything from banking, shopping, schooling to even attending medical appointments.

They are also frequently used as a means of online entertainment, with streaming services and online gaming proving particularly popular among children and adults alike. This accounts for an average screentime of 2.5 hours, with younger generations spending up to six hours a day on their devices.

As such, optimising for mobile devices is a necessity for digital content producers going forward!

Video as the primary driver of growth

A more general trend that will shape the future of the online entertainment sector in Australia, is that video content will prove to be a key driver of growth across the sector.

Competition among the major players in the video-on-demand space is heating up, with the likes of Netflix, Amazon Prime, Stan, Disney+ and Apple TV, among others, all competing for market share. While things will certainly be getting competitive between them the digital streaming industry as a whole is expected to continue to grow.

According to one report, 62% of Australians access a video streaming service each week. This is in addition to a 27.8% market growth rate the industry had as a whole in Australia in 2021. Aussies are also keen consumers of digital streaming content, with an average of seven hours per week spent watching video-on-demand. With Aussies households having access to an average 2.3 streaming service subscriptions each, there is still plenty of room for growth.

With that said, it is clear that Australians have an almost insatiable appetite for digital streaming content and that this will continue to shape the future of the online entertainment sector on the continent. 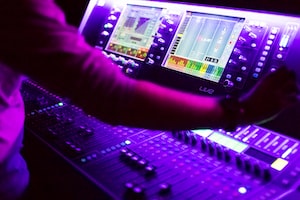