It’s been over thirty years since Qantas first launched an advertising campaign using the iconic Peter Alen Anthem, however, the airline has just unveiled a star-studded new version

It’s been over thirty years since Qantas first launched an advertising campaign using the iconic Peter Alen Anthem, however, the airline has just unveiled a star-studded new version of the advertisement to reintroduce Australia to the world.

The advert has a contemporary arrangement of the song and features a new generation of the Australia Girls Choir together with the National Boys Choir and the Gondwana Choir and many of the country’s iconic personalities.

Filmed at locations around Australia from Hutt Lagoon in WA to the jagged cliffs of Cape Raoul in Tassie and other locations in Melbourne, Uluru, Hobart, Brisbane, Sydney and South Australia’s salt lakes, Longreach (featuring some of the youngest members of the community) and the Whitsunday, LA and Tokyo.

The majority of the advertisement was filmed pre COVID, however, had to undergo a final cut which now includes highly emotional reunions with loved ones as more Australians returned home and travelled domestically as restrictions eased.

Qantas Group CEO Alan Joyce said now is the ideal time to unveil the new version of the much-loved theme and provide a boost to Australia’s tourism industry recovery.

“The last major Qantas advert came as the country was rolling up its sleeves to be vaccinated so we could all reconnect, and it really struck a chord. Now that borders are finally open, and staying open, this is the perfect time to relaunch this Peter Allen classic as the national carrier’s anthem.

“The full version of this advert is effectively a short film that highlights Australia’s stunning natural beauty and unique culture while celebrating the incredible resilience that has really shone through recently.

“After a very difficult two years, we’re focused on recovery and have a lot of exciting things in the pipeline, including several new international destinations, decisions on new aircraft and recruiting more people,” said Mr Joyce.

Former Australian of the Year and former AFL footballer Adam Goodes was filmed for the advert waist-deep in Bondi Beach’s Icebergs ocean baths in the middle of winter and said he was proud to be part of the campaign.

“I’m honoured to be involved in something that celebrates our unique country and culture and will hopefully help the recovery of tourism operators by inspiring travellers to get out and explore all Australia has to offer.”

Watch the new Qantas ” I Still Call Australia Home ” video by clicking the play button in the header. 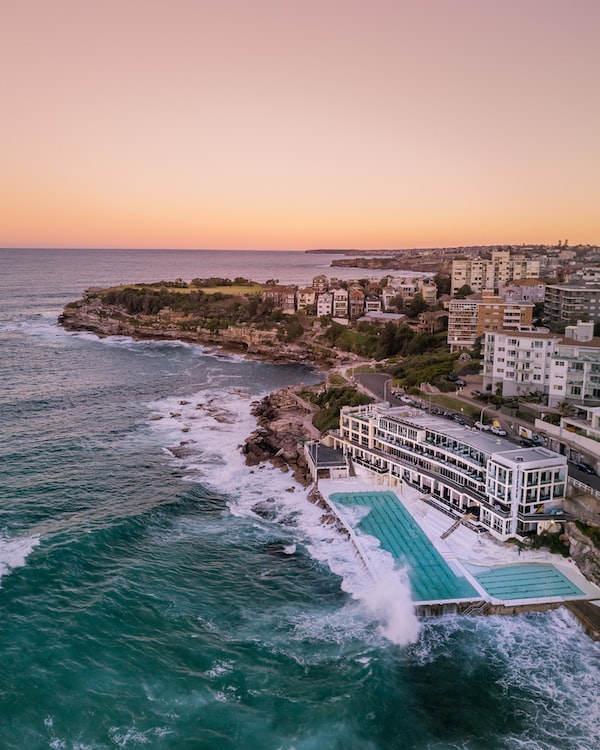 Visiting Sydney? Top Things To Do In Bondi, From Bondi Local Pip Edwards