What a momentous weekend of motorsport at The Bend, with massive crashes, a rookie taking poll and one of the best-wet weather races in recent memory.

What a momentous weekend of motorsport at The Bend, with massive crashes, a rookie taking poll and one of the best-wet weather races in recent memory.
Red Bull’s Shane van Gisbergen completed a crushing weekend securing all of the 105 points on offer at the OTR SuperSprint in a wet finale that was filled with crashes and some of the best driving ever seen in the Repco Supercars Championship..

Race 22 of the championship was red flagged after Thomas Randle’s Mustang failed to move off the start, and as the majority of the field dodged the stationery Castrol car, Andre Heimgartner, unfortunately, collided with the car and causing the biggest crash we’ve seen in many years.

Both Randle and Heimgartner walked away from the wreckage and were assessed by medical staff before being sent to the hospital for precautionary scans.

After 30 minutes of red flag conditions, the race commenced with Van Gisbergen continuing where he left off, taking victory and carrying a massive points lead into the weekend’s final race.

A downpour before the race ensured the 24-lapper had to start behind the BP Ultimate Safety Car.

Waters led early in Race 23, and in one of the most entertaining displays of driving seen in recent races, the Monster Energy Mustang and Van Gisbergen swapped the race lead in the wet over and over again.

The defending Supercars Champion applied the pressure to Waters constantly, who made an error at Turn 17 and never found his way back to the front.

Lee Holdsworth celebrates ahead of his 500th start in Supercars

Will Davison claims pole for his 500th race start in Supercars 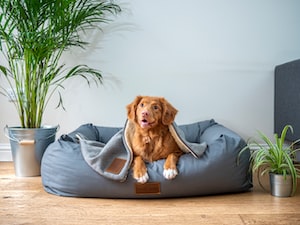 
Potiki Launches, Taking the bite out of Pet Bills